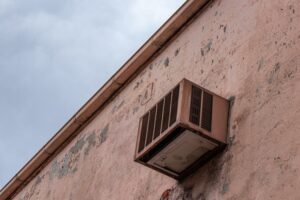 Whether you are lounging at home or working in the office, there is nothing like the comfort of a cool environment that only air conditioning systems bring. Growing up, I've always thought that AC appliances are an unnecessary luxury because there's still electric fans that are way cheaper. But I only came to appreciate its benefits during my college years, when almost all of our rooms and lecture halls have air conditioners. I mean working, studying or resting in a room or establishment with a cooling system is way more relaxing both for the body and mind.

And this is why nowadays, more and more households and commercial establishments invest in installing an AC appliance. However, just like any state-of-the-art appliance, air conditioners are also prone to technical problems, especially with the normal wear and tear process as time goes by. And since our AC systems are such a large investment, having a good idea of what kind of malfunctioning problems is must help protect that investment. So we have compiled eight of the most common problems air conditioner appliances often run to during its "lifespan".

Brands may tell you that their appliances are built to last; however, let's be honest and admit that nothing lasts forever, not even your air conditioning systems. Everything has a breaking point sometime, especially if you're not taking care of them properly. And just like any home appliance or machinery, air conditioners are also prone to damage and decay as you constantly use them. But providing them with an annual or twice a year maintenance check and addressing whatever issue they encounter immediately helps extend your home appliances' lifespan.

Note: We also provide affordable appliance repair services in the area of Haddon Heights NJ and we are also specialize in air conditioner repair